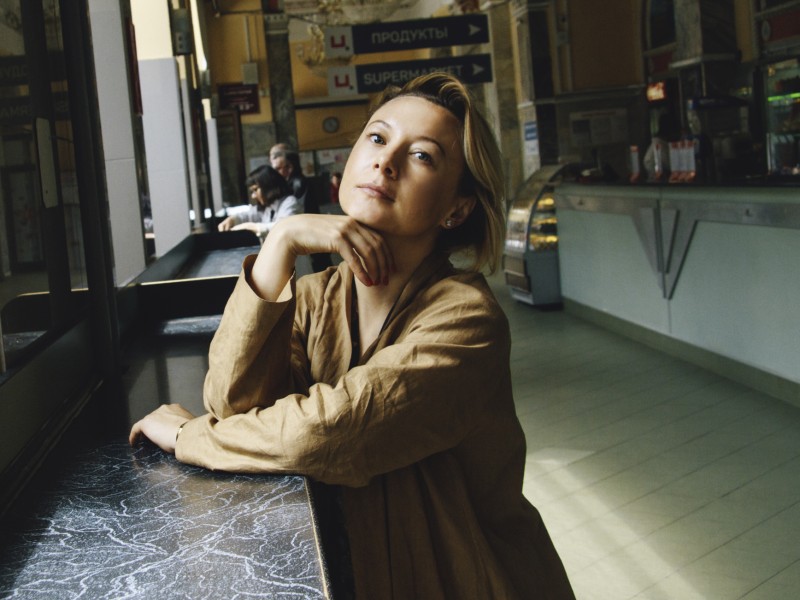 Valzhyna Mort (b. 1981, Minsk) moved to the United States in 2005 and teaches at Cornell University. ‘Nocturne for a Moving Train’ (set on a Belarusian night-train travelling from Minsk to Warsaw or Berlin) paints an unsettling portrait of an interior and exterior landscape; fugitive glimpses of places passed through, windows in which figures are seen to move ‘as if performing surgery on tables’. Reflections multiply; signboards promise ‘a possibility of words / for what flew by’; the landscape itself is on the edge of speech.

Mort has received the Crystal of Valencia Award, the Burda Prize for Eastern European authors, and the Bess Hokin Prize from Poetry (Chicago). Her third collection, Music for the Dead and Resurrected – which she has described as ‘a book of letters to the dead’ – is forthcoming from Farrar, Straus and Giroux.

Read Valzhnya Mort’s article “My Country is Under Attack” in The New York Times.

Read 'Nocturne for a Moving Train' Valzhyna Mort in Conversation with the Forward Prizes
We use cookies on our website to give you the most relevant experience by remembering your preferences and repeat visits. By clicking “Accept All”, you consent to the use of ALL the cookies. However, you may visit "Cookie Settings" to provide a controlled consent.
Cookie SettingsAccept All
Manage consent