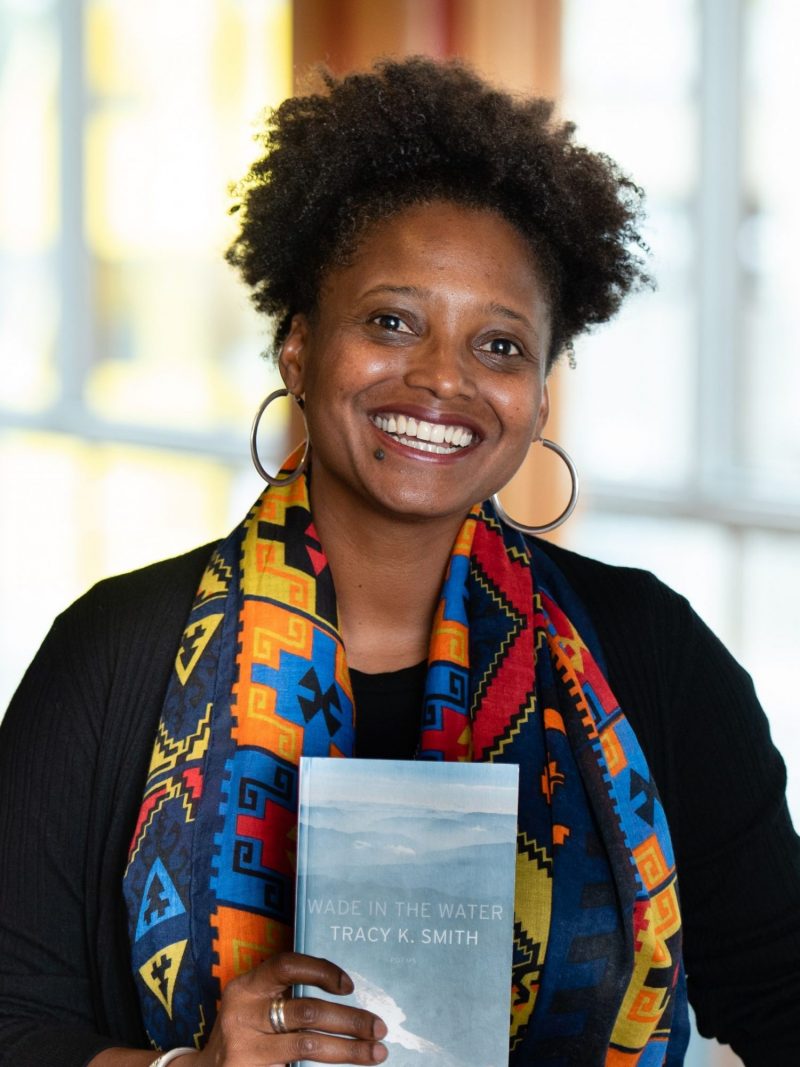 Tracy K. Smith (b. 1972, Falmouth, Massachusetts) is the Poet Laureate of the United States. She began writing poems aged ten, but it was not until she lost her mother to cancer at 22 that poetry became in her words ‘a tool for living’.

The four books she published prior to Wade on the Water established her as one of the most exciting poets in the USA. In 2012 she won the Pulitzer Prize for Life on Mars — a collection she has described as ‘looking out to the universe and forward to an imagined future’; Wade in the Water, by contrast, looks ‘earthward and backward’, confronting unflinchingly the moral crises of race and history in America.

Smith is also a librettist and translator. She is currently writing the libretto for an opera entitled Castor and Patience, and co-translating the work of the contemporary Chinese poet Yi Lei.

Read Annunciation Tracy K. Smith in Conversation with the Forward Prizes
We use cookies on our website to give you the most relevant experience by remembering your preferences and repeat visits. By clicking “Accept All”, you consent to the use of ALL the cookies. However, you may visit "Cookie Settings" to provide a controlled consent.
Cookie SettingsAccept All
Manage consent