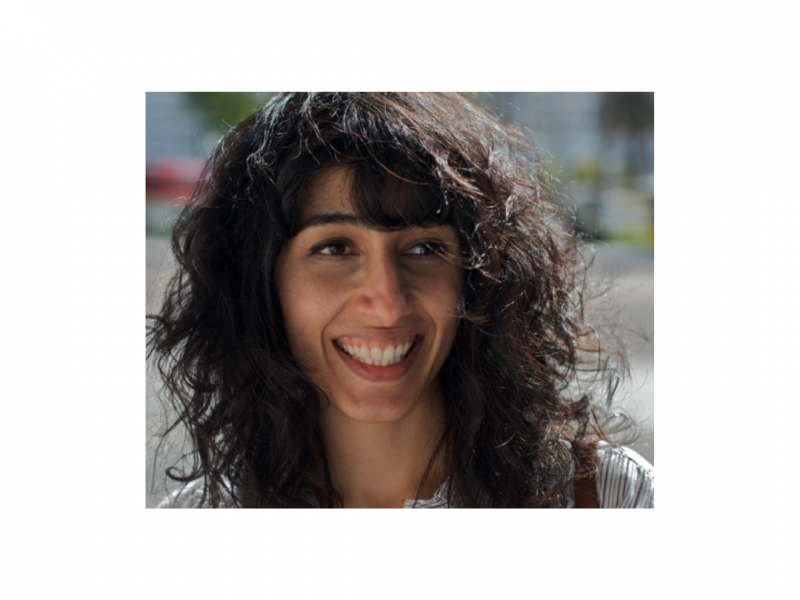 Solmaz Sharif (b. 1983, Istanbul) studied at the University of California, Berkeley and New York University. She has received numerous awards and fellowships, including a “Discovery”/Boston Review Poetry Prize, and is a former managing director of the Asian American Writers’ Workshop.

Sharif, whose parents were both Iranian, writes that she admires most those poets ‘who refuse to bar the political from their work while refusing to capitulate to it.’ This balancing-act is recognisable in ‘Force Visibility’, her shortlisted poem. As she describes it, the poem ‘deals with the language of state-sponsored violence. Or the violence of state-sponsored language’, noting that ‘the words that appear in small caps are terms taken from the U.S. Department of Defense’s Dictionary of Military and Associated Terms.’ What’s striking about the poem, though, in its almost queasy intrusion of the public and the private worlds into one another, is the disorienting effect of its overlaid perspectives, the impression of several lives being lived at once. Is this, the poem invites us to ask, one effect of living with a multiple heritage in modern America?

Solmaz Sharif in Conversation with the Forward Prizes Read 'Force Visibility'
We use cookies on our website to give you the most relevant experience by remembering your preferences and repeat visits. By clicking “Accept All”, you consent to the use of ALL the cookies. However, you may visit "Cookie Settings" to provide a controlled consent.
Cookie SettingsAccept All
Manage consent