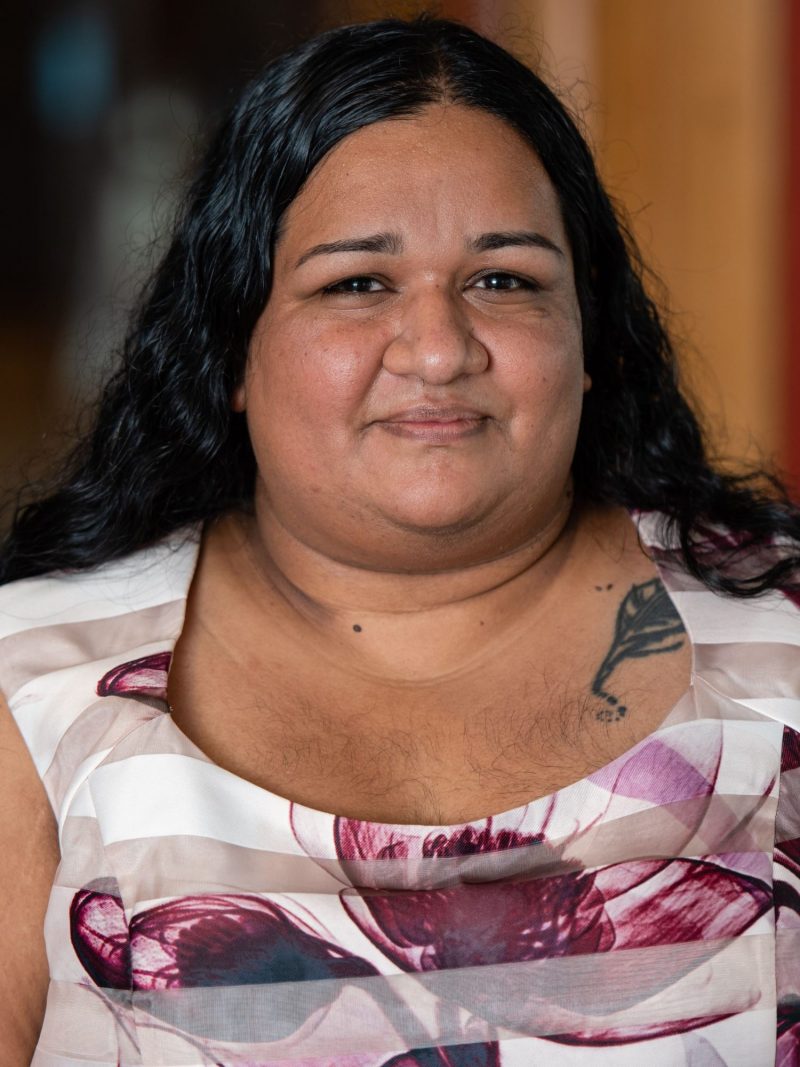 Shivanee Ramlochan (b. 1986, St. Joseph, Trinidad and Tobago) works as an arts journalist and blogger in Trinidad. The daughter of a teacher, she grew up surrounded by books: she says that ‘poetry was part of my earliest experiences in reading, so that I remember books that were not poems as though they were.’

Poetry for Ramlochan is a work of witness: the central thread of Everyone Knows I Am a Haunting, ‘The Red Thread Cycle’, addresses and gives voice to survivors of sexual assault. ‘Some of the poems are as they emerged, almost as if gifted, with me as a startled conduit of interpretation’, she says. ‘Others have been worked and reworked, finessed, hewn and shattered and restitched, to say what they must.’ The idea of a poem which says what it must — which speaks with its own unmistakable interior voice, and leaves the poet ‘awestruck and bewildered’ — is central to Ramlochan’s practice as a writer.