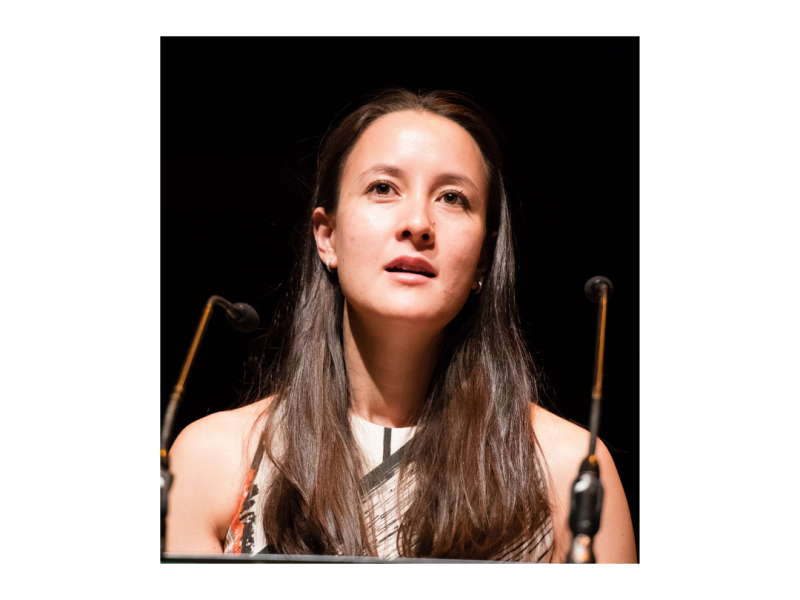 Sarah Howe (b 1983, Hong Kong) came as a child to England, her father’s country, but grew increasingly interested in the history of her mother, who fled from China in 1949. She says for a long time, poetry was something she did ‘under the radar of my official life as a university teacher and literary critic.’

‘Strangely, poetry became the place where I explored my Chineseness, something that otherwise had not place in my life – except perhaps for a hankering to go home to my mum’s fried noodles.’ It is no coincidence, she adds, that she began to write poetry in earnest while on a scholarship to Harvard, ‘a period of geographical displacement, when home was far away and imaginary again.’

The poems in her debut collection, Loop of Jade (Chatto & Windus, 2014), span a decade: the earliest is inspired by two journeys: her mother’s as a baby and her own first trip to the Chinese mainland in 2004.

Her 2009 pamphlet, A Certain Chinese Encyclopedia (Tall-lighthouse), won an Eric Gregory Award, while her poems have appeared widely in magazines and, in 2014, were anthologised in Ten: The New Wave (Bloodaxe).

She is the founding editor of Prac Crit, an online journal of poetry and criticism and is a Research Fellow at Gonville and Caius College, Cambridge, where she teaches Renaissance Literature. In 2015-16, she take up a year’s writing fellowship at Harvard University’s Radcliffe Institute: ‘It feels like coming full circle.’

Sarah Howe in Conversation with the Forward Prizes Read 'There were barnacles...'
We use cookies on our website to give you the most relevant experience by remembering your preferences and repeat visits. By clicking “Accept All”, you consent to the use of ALL the cookies. However, you may visit "Cookie Settings" to provide a controlled consent.
Cookie SettingsAccept All
Manage consent