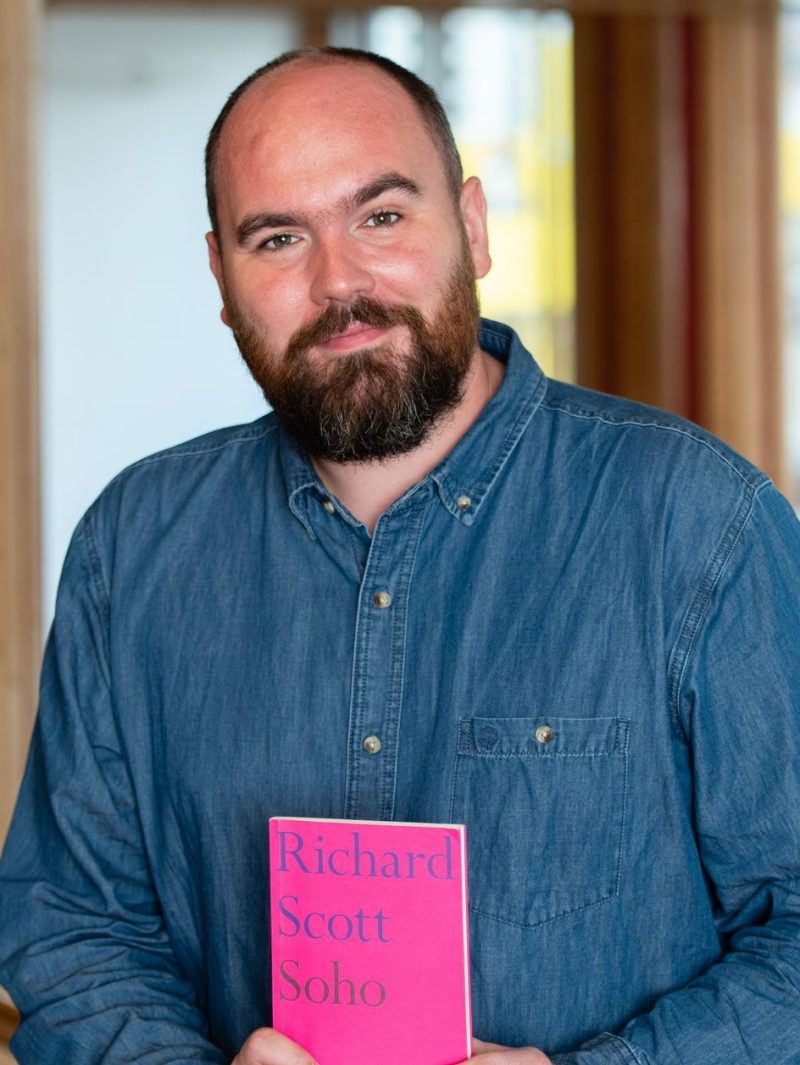 Richard Scott (b. 1981, Wimbledon, London) used to be opera singer but the ‘inhuman rigours’ of the profession left him seeking escape. ‘After years of obsessing over texts, librettos and poetry that had been set to music, poetry seemed to me like almost a logical step. It became clear to me that when you took the music away, there was still a “music” and a rhythm to the poem — and that fascinated me.’

His chapbook Wound won the 2016 Michael Marks Award. In the same year, he won the Poetry London competition with ‘crocodile’, a poem at the centre of many of the trajectories worked out in Soho — submergence, flesh, the vulnerability of queer bodies. Its snapping linebreaks and sharp images remind the reader that he is, above all else, a thrilling poet.

Read Dancing Bear Richard Scott in Conversation with the Forward Prizes
We use cookies on our website to give you the most relevant experience by remembering your preferences and repeat visits. By clicking “Accept All”, you consent to the use of ALL the cookies. However, you may visit "Cookie Settings" to provide a controlled consent.
Cookie SettingsAccept All
Manage consent