He was ridiculously good-looking. He was even Nigerian
− though Mum flits between this being a good thing in people
and the worst. I pulled his photo up on the Internet, showed her.
She decided, on the spot, his Nigerianness was a good thing.
It was easy to pull his photo up on the Internet
because he was an actor. I’d met him in a theatre.
He’d just been awarded a £3000 cheque
for being a Nigerian actor. It was a very hot summer.
I wore a black playsuit belonging to my younger sister
but carried a blazer – for a look that said: serious play.
He offered to buy me a drink. Of course
I said I’d prefer to buy my own, and when he insisted
I said OK like it was quite inconvenient for me to agree.
When our drinks were on the bar and glistening
under the velvet heat, he handed the barman his cheque.
Ha ha ha, said the barman. Ha ha ha, I said.
So, the ridiculously good-looking Nigerian had jokes.

On my lunchbreak, I sought a bench outside a gallery
to call him. We were awkward. I wanted him to ask me out.
Why wasn’t he asking me out? Mum began asking after him,
where’s that good-looking Nigerian? Don’t tell me
you’ve ruined it already.

The second time, I spread out on my bed,
swung my legs up the wall – cold and good for my nerves.
It was a short call because someone was calling, or knocking.
OK I said like it was of no inconvenience whatsoever.
I slid my legs back down the wall.

A week later, I was standing in his living room
wearing my coat, or it was over my arm, my shoes still on.
Either, we were just about to go out, or I’d just arrived
and he hadn’t yet said, Here, let me take your coat
or, Please, take off your shoes.
He was running all over the house.
Upstairs then down, zooming around.
He was running a bath, then letting the water out
only to fill it back up. He ducked into a cupboard
and yanked a hoover. A red hoover.
He began hoovering everywhere,
he even hoovered the ceiling.
He just walked up the wall
and as he did, looked over his shoulder,
at me on the floor and said,
this won’t take long, I just have to —

When I told Mum, she shook her head, laughed −
half lemon, half sugar. He’s crazy, she shrugged,
God’s showing you it won’t work out because
he’s all over the place. Shame. That good-looking man . . .
Nigerians, she sighed, always into something.

I’d still look him up on the Internet sometimes.
Just to keep up to date with his plays, the BBC dramas.
Then I stopped. For years I didn’t think of him.
OK, perhaps, but in a loose and smirking way;
playful, no serious pining. What was there to pine really?
Then, in bed one night, watching an OK adaptation on
my laptop, the ridiculously good-looking Nigerian
walks across the screen. His name escapes my mouth;
half sigh, half whistle. I say it like damn. I say it like,
man, where have you been? He has a few lines
then he’s stabbed on a street I recognise
having danced down a long time ago.
Long before I met him at that theatre,
with his cheque folded into his pocket.
I remember our two awkward phone calls
and him hoovering his ceiling
and I laugh into my pillow
as he bleeds out. 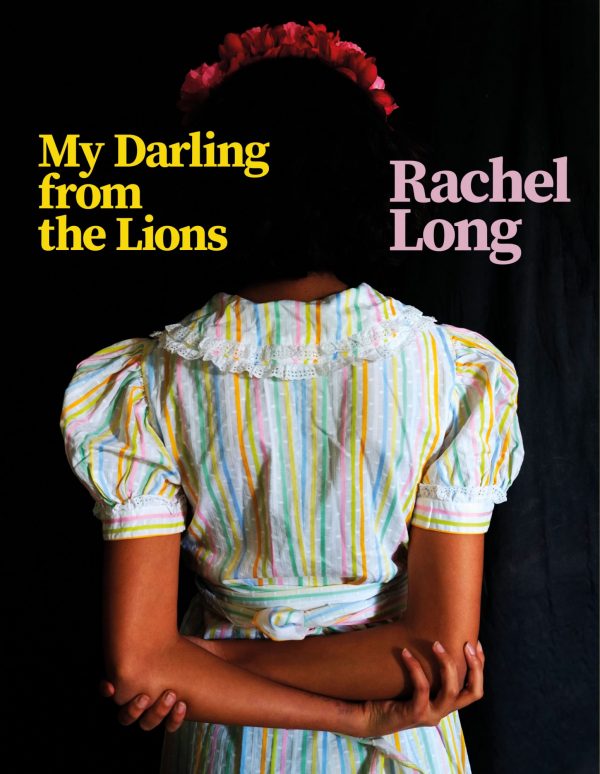 From My Darling from the Lions. Shortlisted for the Felix Dennis Prize for Best First Collection 2020. Reproduced with kind permission from Picador.

About Rachel Long Rachel Long in Conversation with the Forward Prizes
We use cookies on our website to give you the most relevant experience by remembering your preferences and repeat visits. By clicking “Accept All”, you consent to the use of ALL the cookies. However, you may visit "Cookie Settings" to provide a controlled consent.
Cookie SettingsAccept All
Manage consent