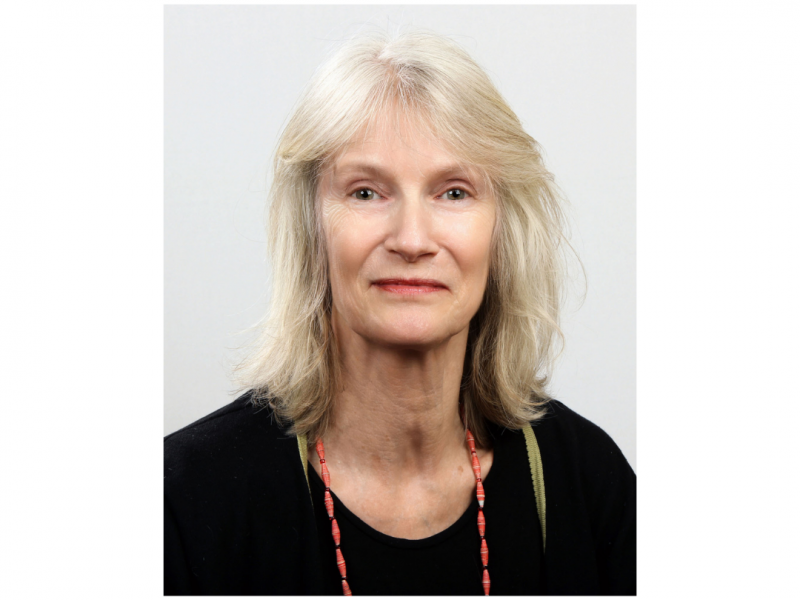 Rachel Hadas (b. 1948, New York) is an American poet, prose-writer and translator, who is currently professor of English at Rutgers University, in Newark, New Jersey.

Hadas describes her project as being one of ‘negotiating the divide between inside (memories, emotions, dreams) and outside (the weather of the world)’. It is the ability to span this fraught distance that marks out her work, and ‘Roosevelt Hospital Blues’ is no exception. The poem gets its electricity from the contrast between, on the one hand, its thumping, blues-format rhymes and repetitions and, on the other, the sheer variety and amount of ground it manages to cover. Stark considerations of mortality rub up against American slang and love-song sentiment.

Hadas’s most recent book of poems is Questions in the Vestibule (2016). Asked what’s next, though, Hadas notes that she has an ‘immense pile of uncollected poems that is beginning to pluck at me and ask for some overdue attention, the way my elderly cat does.’

Rachel Hadas in Conversation with the Forward Prizes Read 'Roosevelt Hospital Blues'
We use cookies on our website to give you the most relevant experience by remembering your preferences and repeat visits. By clicking “Accept All”, you consent to the use of ALL the cookies. However, you may visit "Cookie Settings" to provide a controlled consent.
Cookie SettingsAccept All
Manage consent