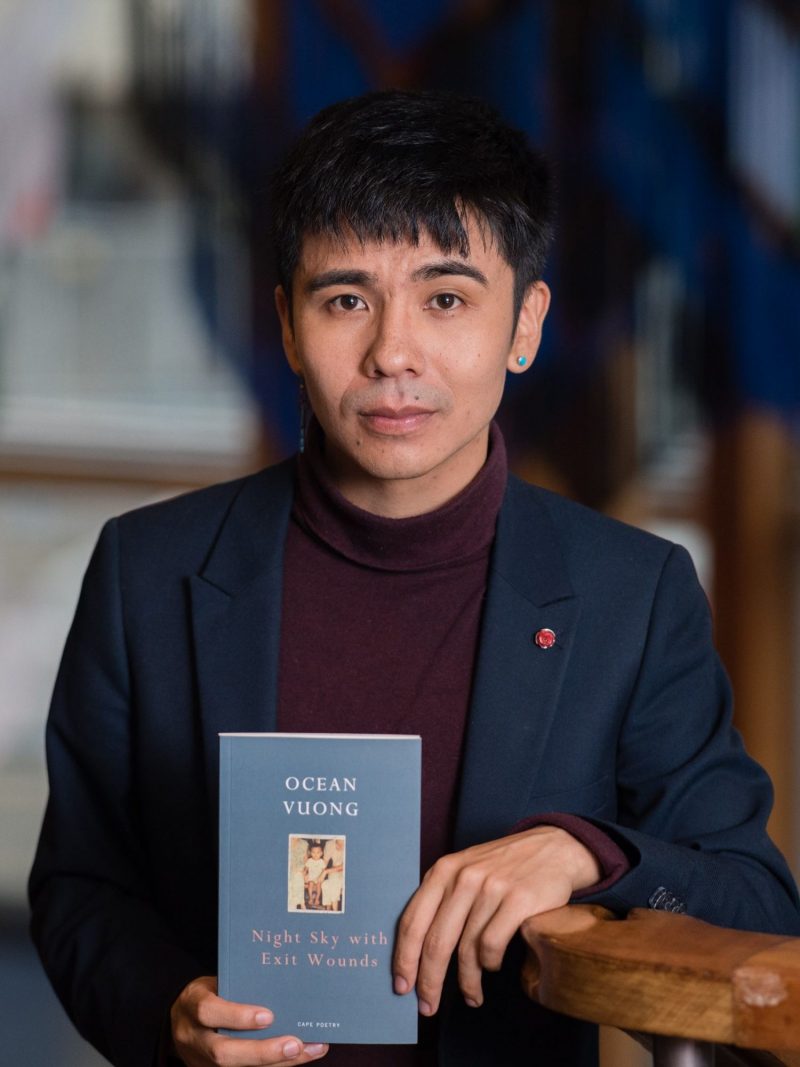 Ocean Vuong (b. 1988, near Saigon) has been immersed since birth in the oral tradition of poetry, as transmitted through his grandmother’s ‘complex, wild and imaginative’ folk songs. The first member of his immediate family to be able to read or write, he moved with his mother to the US at the age of two. He lives in New York, and studied with Ben Lerner at Brooklyn College.

In its powerful contemplations of brutality, family and sexuality, Night Sky with Exit Wounds is almost religious and almost profane. This is poetry of questions, which refuses to separate the intensely personal from the globally political. It’s also an investigation into writing. Vuong says he is ‘interested in that shifting of meaning and usage because it feels innately Queer to me — how language, like people, can be perpetually in flux.’ Words, he says ‘are, in a sense, bodies moving from one space to another.’

In a good year, he says, he drafts between 6 and 8 poems, of which maybe 4 or 5 will be worth keeping. ‘I spend most of my time listening instead of writing. A shard of language may come: a phrase, a word, an anagram, and I’ll just keep it in my pocket, like a little seed.’

Read Telemachus Ocean Vuong in Conversation with the Forward Prizes
We use cookies on our website to give you the most relevant experience by remembering your preferences and repeat visits. By clicking “Accept All”, you consent to the use of ALL the cookies. However, you may visit "Cookie Settings" to provide a controlled consent.
Cookie SettingsAccept All
Manage consent