The Hunter’s Wife Becomes the Sun

‘Don’t go without this.’ Isabel handed me a small white box
which held a candlestick and four attendant angels.
Jingling clichés punched from sheets of tin,
the angels turn, propelled by heat rising from a candle,
and hooked by their haloes from wires as if the darkness
were a deep pool for fly-fishing, and my window

delicate as ice upon its surface. Spinning by the window,
this carousel recalls a childhood blessing: Four angels
at my head. If they came to life, like the small white angels
who fought the Snow Queen’s snowflakes, would their tin
armour frighten bears back to the polar darkness?
Whose are the gifts they grasp: tree, star, trumpet, candle?

Only the undertaker sells the right kind of candle
to suit these angels. At home, he wreathes a small white coffin
with plastic lilies, but says nothing. His window
overlooks crucifixes buried in snow; there are no angels
on the graves of the Danes, who came to barter tin
for ivory and sealskin. Their eyes brimmed with darkness,

you see it in old photographs. Sleepless in the darkness,
I read their letters home, those ‘tragic accidents’. Green candles
burn beyond the hills: the dead are dancing. The window
between the worlds grows thin. A solar wind blows its low tin whistle
and fire draws closer. Soon Earth will be a small white dwarf,
a revolving toy abandoned by its guardian angels.

The candle gutters. Lynched in their own light, the angels
hang still. Each holds her gift before her as if the tin
scorched her fingertips. Heat has melted the small white stump
to nothing. Once, they say, this land was lit by candles
made of ice, when water burned, glazing the darkness
of endless night. Day had not dawned on any window.

The hunter spoke. His cold breath quenched a candle:
‘In darkness we are without death.’ His wife listened
and replied, ‘But we need more light, not darkness,
while we are alive.’ She seized a shard of incandescent ice
and rose into the sky, scattering a vast white wake
of stars, which some might say were angels,

if, in temperate darkness, we still believed in angels.
The small seal and the white whale know we’re just tin gods.
At the world’s last window, I light another candle. 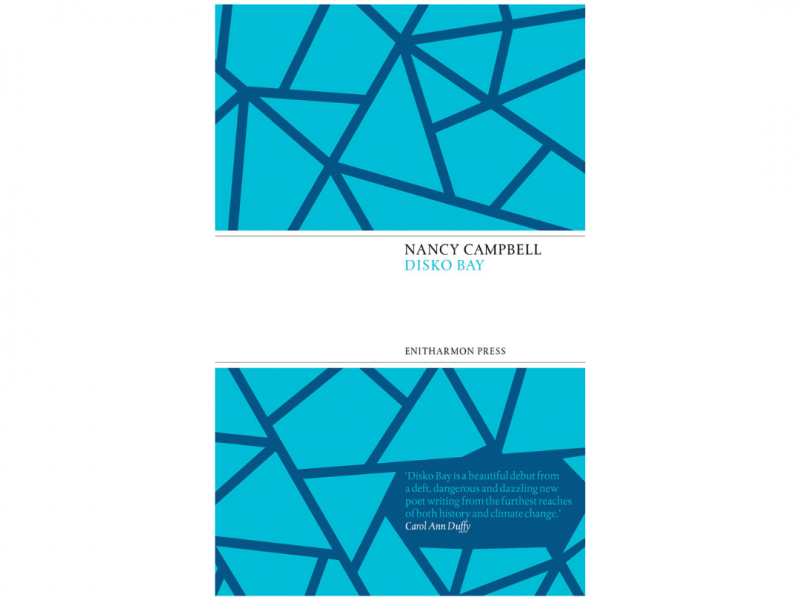 From Disko Bay. Reproduced with kind permission of Enitharmon.

About Nancy Campbell Nancy Campbell in Conversation with the Forward Prizes Read 'Above Antarctica'
We use cookies on our website to give you the most relevant experience by remembering your preferences and repeat visits. By clicking “Accept All”, you consent to the use of ALL the cookies. However, you may visit "Cookie Settings" to provide a controlled consent.
Cookie SettingsAccept All
Manage consent