There are bulldozers in these clouds. Bulldozers
in their clouds and they bring rain often. A boy
at Qalandiyah and they have stolen the wicks of
the stars. He shouldn’t be outside. Stones will fling
themselves in protest.

This Hebrewed land still speaks Arabic. Their
drones will rig this. The boy at Qalandiyah selling
gum. He shouldn’t be outside. He’ll be a thrower, a
catcher. A bulldozed bulldozer. Often.

What’s a boy doing winning bread under gallows?
And where’s the merit in that? Whose side is God
on? Some days it feels like they’ve unlocked prayer.
They prey often.

A man on the sidewalk explains natural selection.
As in the boy’s grip shouldn’t be softened. The man
says the boy’s walk looks too much like a song and
too little like a man walking.

A woman tells him a pen is a sword. What’s a pen
to a rifle? Another fed him a sonnet. If Shakespeare
was from here he wouldn’t be writing.
I write about Palestinian boys as if they’re older
than labor.

The boy is eight, which is twenty-two for Ameri
cans. The boy knows this. His mother calls him a
man in his nightmares. You’re a man now. A painter
stands in this, collecting strokes. A photographer
offers a helping hand. They want to build a muse-
um in his torture. The boy wins the bread knowing
he shouldn’t be. 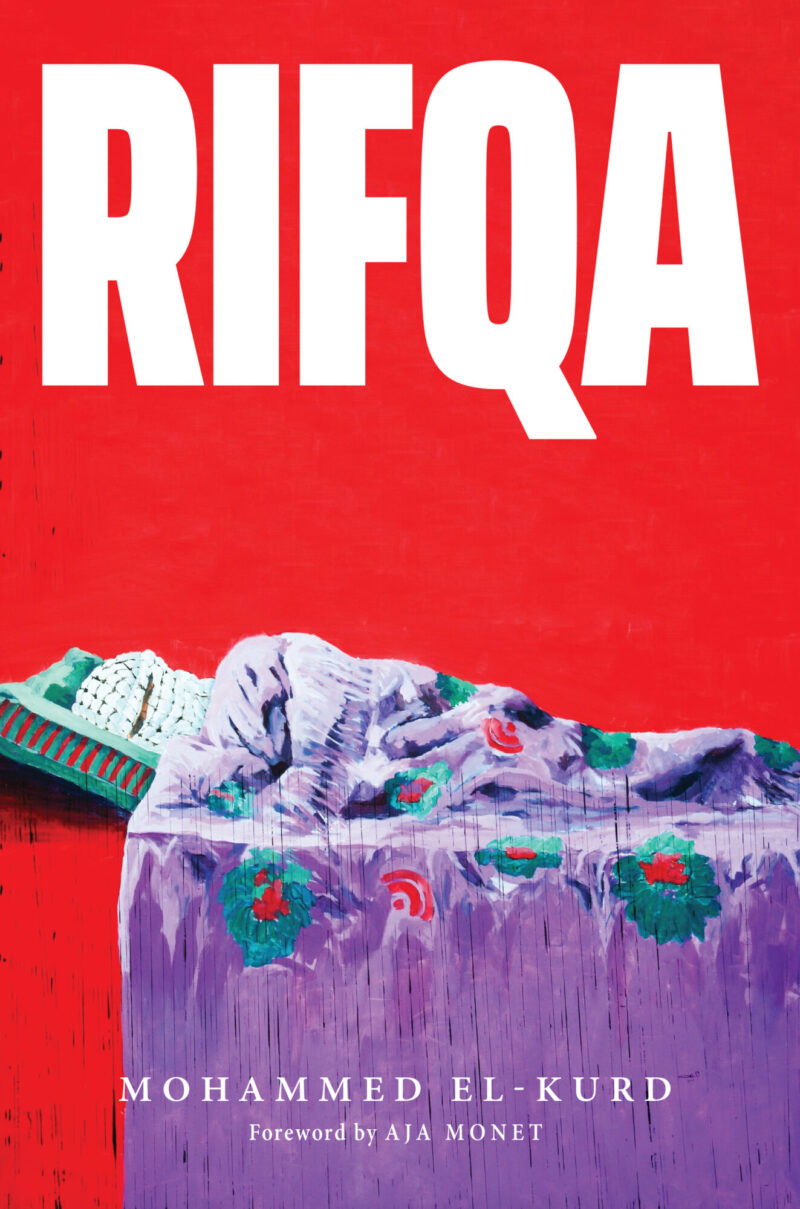 From Rifqa. Reproduced with kind permission of Haymarket.

About Mohammed El-Kurd Mohammed El-Kurd in Conversation with the Forward Prizes
We use cookies on our website to give you the most relevant experience by remembering your preferences and repeat visits. By clicking “Accept All”, you consent to the use of ALL the cookies. However, you may visit "Cookie Settings" to provide a controlled consent.
Cookie SettingsAccept All
Manage consent