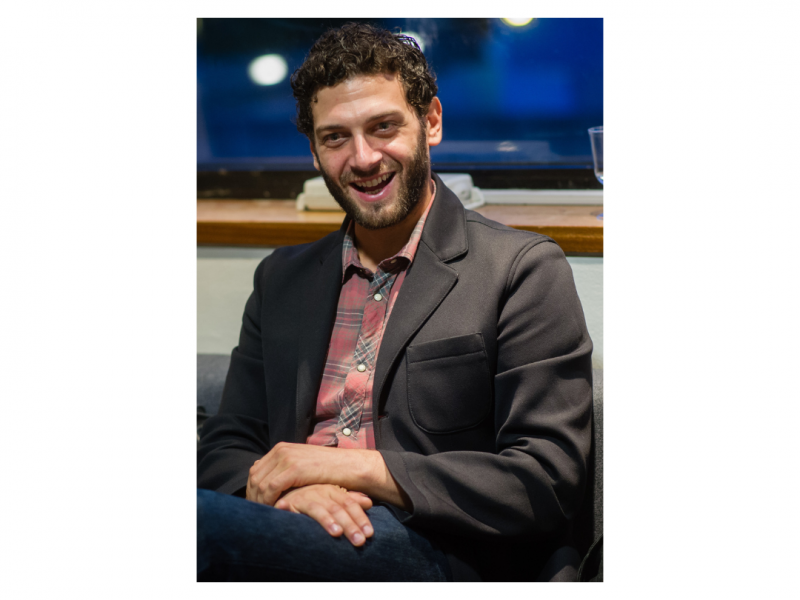 Matthew Siegel (b. 1984, New York) knew from the age of 16 that he loved writing poetry more than anything in his life. At the same age, he was diagnosed with Crohn’s disease: the struggle to remain whole in the face of his condition is the subject of his debut collection, Blood Work (CB Editions 2015).

The book was first published in the USA by the University of Wisconsin Press after the manuscript won the prestigious Felix Pollak prize. It was immediately hailed as ‘a genuine contribution to the literature of illness’ by the poet Mark Doty, who said ‘in Siegel’s capable hands, illness reveals how barely contained any human being is, and how we reach, alone and together, for whatever will hold us.’

The poets Matthew most admires are Walt Whitman and Rainer Maria Rilke. His own advice to a young poet is to ‘be an active, hungry reader and you have to be willing to not look for reasons to dismiss work too quickly. Be ruthless only with your own truth. Know when you’re saying something that isn’t true.’

Matthew was a Wallace Stegner Fellow at Stanford University, USA and his works have appeared in Indiana Review, The Rumpus, Tusculum Review, and Southern Humanities Review. He currently teaches Literature and Creative Writing at San Francisco Conservatory of Music.

Matthew Siegel in Conversation with the Forward Prizes Read 'fox goes to the fox hospital'
We use cookies on our website to give you the most relevant experience by remembering your preferences and repeat visits. By clicking “Accept All”, you consent to the use of ALL the cookies. However, you may visit "Cookie Settings" to provide a controlled consent.
Cookie SettingsAccept All
Manage consent