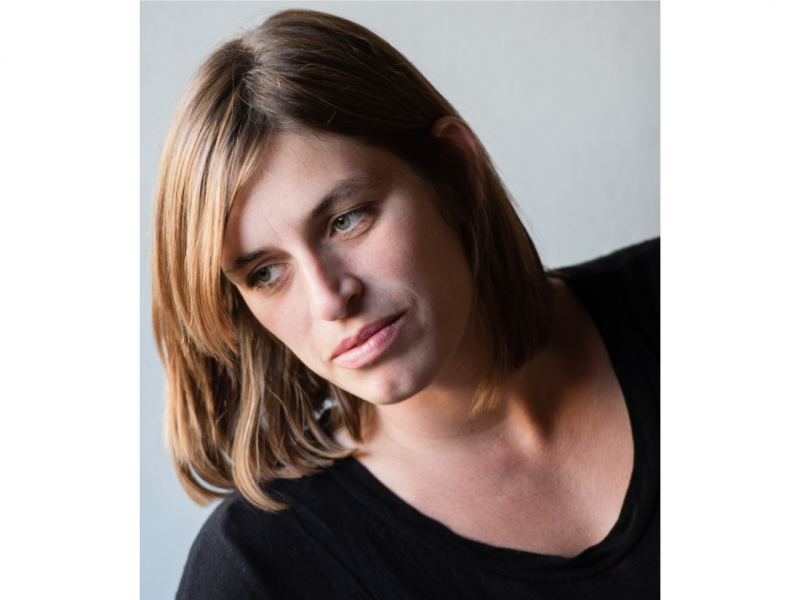 Kim Moore (b 1981) teaches the trumpet to schoolchildren in Cumbria for three days a week, works as a freelance writer the other two.

Her first collection The Art of Falling was published by Seren in 2015. Her pamphlet If We Could Speak Like Wolves was a winner in the 2012 Poetry Business Pamphlet Competition and went on to be shortlisted for the Michael Marks Award and was a runner up in the Lakeland Book of the Year. She was awarded the Geoffrey Dearmer Prize in 2010 and an Eric Gregory Award in 2011. She is one of five UK poets chosen to take part in Versopolis, a European Poetry Platform aimed at creating opportunities for emerging European poets.

‘In That Year’, the poem shortlisted for Best Single Poem is part of a sequence of poems called ‘How I Abandoned My Body To His Keeping’ which explores domestic violence within a relationship. It is the first poem in the sequence – which forms part of The Art of Falling. “It sets out a lot of the ideas that are explored throughout the rest of the sequence,” she says, highlighting “the use of animals, birds, insects and the body to explore issues of power and control.”

Kim Moore in Conversation with the Forward Prizes Read 'In That Year'
We use cookies on our website to give you the most relevant experience by remembering your preferences and repeat visits. By clicking “Accept All”, you consent to the use of ALL the cookies. However, you may visit "Cookie Settings" to provide a controlled consent.
Cookie SettingsAccept All
Manage consent