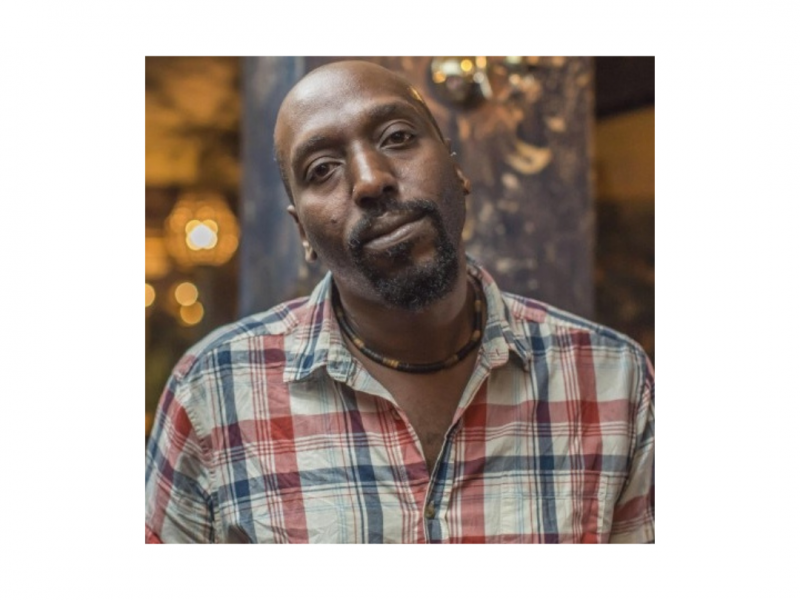 Kei Miller (b. 1978 Kingston, Jamaica) enrolled in Creative Writing Poetry at the University of the West Indies because the Fiction course he wanted to take was full. ‘I thought of poetry as just an exercise that would make me write better fiction but it took over,’ he says.

As a penniless graduate student at Manchester Metropolitan University, he entered a poetry slam for what he insisted were purely financially reasoned. On winning the £100 prize and becoming Manchester Slam Champion 2004, he felt ashamed – and ashamed of feeling ashamed. His sense of this contradiction – of being at once a “real” poet who can “bore the socks right off of you” and also a popular performer who can wow crowds – informs all his work.

In his first short story collection, The Fear of Stones and Other Stories, he wrote of homophobia in Jamaica. It was shortlisted in 2007 for the Commonwealth Writers’ Best First Book prize.

The Cartographer Tries to Map a Way to Zion, his fourth poetry collection and the winner of the 2014 Forward Prize for Best Collection, was prompted by his realisation that ‘maps pretend to be innocent, but aren’t’. He finds parallels between the rules governing the reckoning of distance, size and location and the rules imposed by poetic form. Quoting the poet Kamau Brathwaite, he observes ‘the hurricane does not roar in pentameters’.

He has a PhD in Caribbean Literature from the University of Glasgow and now teachers creative writing at Royal Holloway college, University of London.

His advice to would-be poets: ‘Allow your work to be shaped by voices that aren’t poetic voices, people who have never thought of themselves as poets.’

Read 'Establishing the Metre' Read 'In Which the Cartographer Asks for Directions'
We use cookies on our website to give you the most relevant experience by remembering your preferences and repeat visits. By clicking “Accept All”, you consent to the use of ALL the cookies. However, you may visit "Cookie Settings" to provide a controlled consent.
Cookie SettingsAccept All
Manage consent