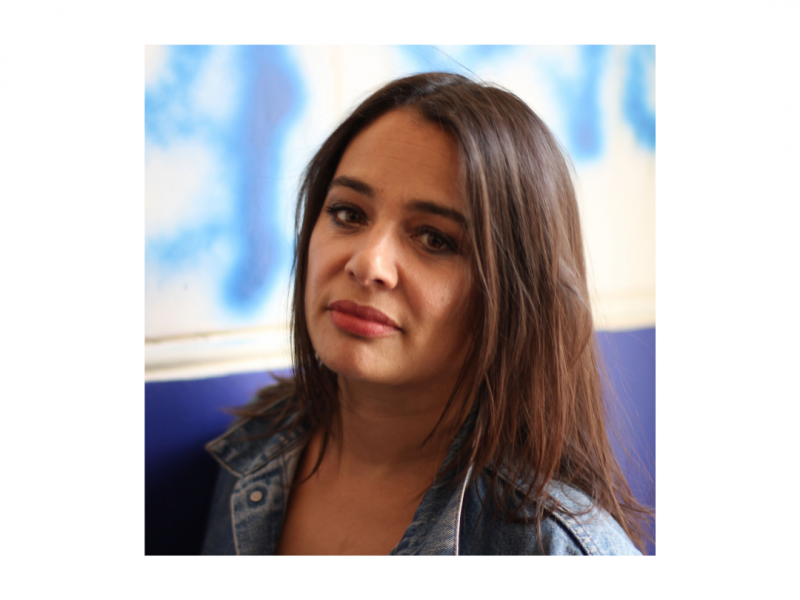 Karen McCarthy Woolf was born in London to an English mother and a Jamaican father. Her debut collection, An Aviary of Small Birds (Carcanet, 2014) commemorates the loss of her still born son, Otto, in 2009. At the time, she had been working steadily on a collection populated by many other poems but the work she wrote in response to maternal loss ‘demanded their place and I wanted to make space for them’.

She composed poetry as a teenager, encouraged by a ‘mum who could write rhyming couplets standing on her head’, but credits the 1995 Forward Prizes with drawing her back to poetry as an adult: she picked up the anthology in a bookshop and read a poem by Kwame Dawes, which left her profoundly moved.

Her pamphlet, The Worshipful Company of Pomegranate Slicers (Spread the Word, 2005), was a New Statesman Book of the Year, and in 2008, Karen was one of ten poets selected for The Complete Works – a nationwide mentoring scheme that aims to increase cultural diversity in poetry publishing. She chose as mentor the poet Michael Symmons Roberts, and maintains close links with the scheme, as editor of Ten: The New Wave (Bloodaxe, 2014), the anthology of Complete Works II poets. She is currently working towards a PhD at Royal Holloway: her thesis looks at new ways of writing about nature in the face of climate change.

Karen McCarthy Woolf in Conversation with the Forward Prizes Read 'The Registrar's Office'
We use cookies on our website to give you the most relevant experience by remembering your preferences and repeat visits. By clicking “Accept All”, you consent to the use of ALL the cookies. However, you may visit "Cookie Settings" to provide a controlled consent.
Cookie SettingsAccept All
Manage consent