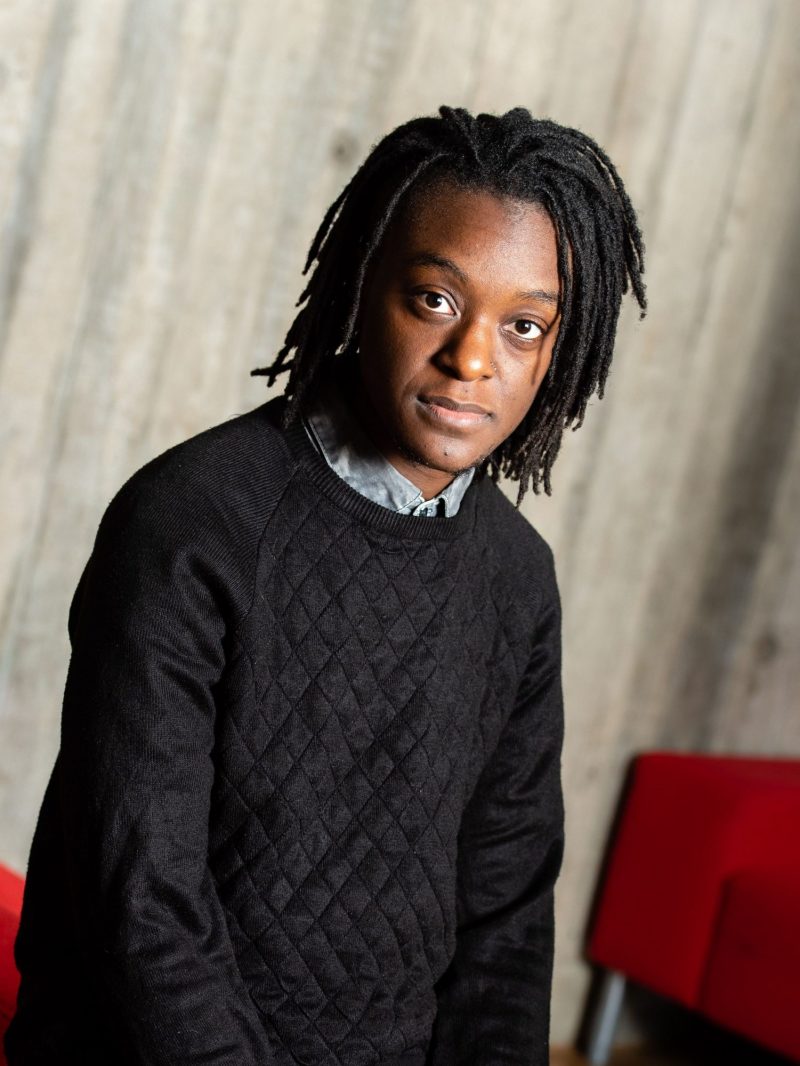 Jay Bernard (b. 1988, London) is an archivist and filmmaker as well as a poet, and the poems in Surge bring an archivist’s eye and a filmmaker’s technique of pacing to bear on their radical excavation of black British history, drawing lines between the New Cross Fire of 1981 (in which thirteen young black people were killed) and the contemporary legacy of racism and neglect which culminated in the Grenfell disaster. What place in the archive can there be for the lack of accountability and closure, the body and its wounds? Bernard gives a partial answer in ‘Ark’: ‘I file it under fire, corpus, body, house’.

‘In one way, the most important poems [from Surge] are the voices from beyond, because those are the ones that invite the audience in’, writes Bernard. ‘In another way, the more important poems are the ones I read less often. The quiet ones that document commemorations, small moments, people I have known, notebook fragments.’ In 2018, Bernard won the Ted Hughes Award for ‘Surge: Side A’, produced by Speaking Volumes and first performed during the Last Word Festival at the Roundhouse.

Read Your Body Jay Bernard in Conversation with the Forward Prizes
We use cookies on our website to give you the most relevant experience by remembering your preferences and repeat visits. By clicking “Accept All”, you consent to the use of ALL the cookies. However, you may visit "Cookie Settings" to provide a controlled consent.
Cookie SettingsAccept All
Manage consent