[Born from the need to counteract the threat.]

During the early years of the Cold War my father, in his capacity as an R.A.F. officer, was involved in that aspect of bomber-command which dealt with maintaining the Airborne Nuclear Deterrent, as it was then. The following takes what I’ve gleaned of his role over those years and represents it here as a work of variations and possibilities. The scenario itself may be one of routine and repetition, but what I’ve chosen to draw from it is the undercurrent of waiting, in the ever-present awareness of what is lost when such a waiting is permitted to play out.

Born from the need to counteract the threat.
Now that such a threat.
For threats have been made.

Now that the enemy has shown that they.
And in sailing so close.
In having simply sailed.

That they could even consider.
That their so-called threats.
That they might launch, and in so launching.

As such a clear need has arisen.
And in its rising.
In its staying up.

A need to negate, to nullify, to rule out.
By our having in place.
By our simply having.

Because if the enemy did.
If the enemy chose.
If, at some point, at length, the enemy.

Because whatever they might send our way.
It wouldn’t take long for it to.
From the precise moment of notification.

Four minutes is all we could really expect as.
That’s not sufficient for any.
In four minutes there’s not enough.

In such a small window there isn’t.
Hardly even to get out of. Let alone.
From that initial alarm. From our hearing.

So any counteracting measure must by needs balance out.
And our own force, already deployed, would.
Each and every, at the merest drop.[…] 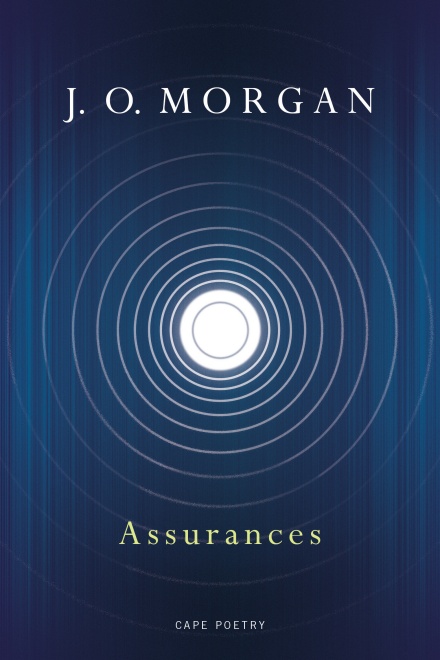 From Assurances. Reproduced with kind permission of Cape Poetry

About J.O. Morgan J.O. Morgan in Conversation with the Forward Prizes
We use cookies on our website to give you the most relevant experience by remembering your preferences and repeat visits. By clicking “Accept All”, you consent to the use of ALL the cookies. However, you may visit "Cookie Settings" to provide a controlled consent.
Cookie SettingsAccept All
Manage consent