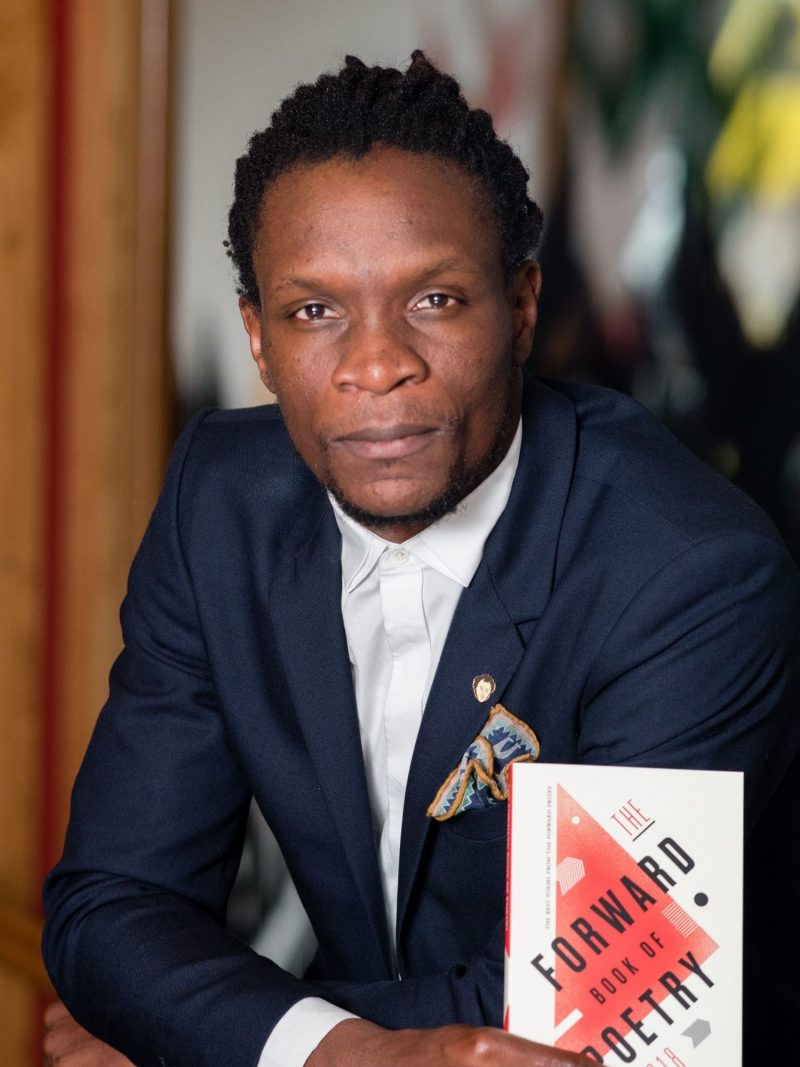 Ishion Hutchinson (b. 1983, Port Antonio, Jamaica) teaches on the graduate writing program at Cornell University, USA. His poetry collection include Far District (Peepal Tree Press, 2010) and House of Lords and Commons (Farrar, Straus and Giroux, 2016), soon to be published by Faber.

He first felt himself to be a poet early in childhood: poetry became a vocation in high school. ‘The rest is devotion and luck.’ That luck includes the right teachers, the right books, though he also credits his imagination’s growth to his Jamaican background, particularly ‘the landscape — its elemental power as much as the force of its historical current.’

Hutchinson’s shortlisted poem, ‘Nightfall, Jane Ash Corner, St. Thomas’ seeks to overlay landscape with history and the movements of culture: ‘Progress is back, but centuries / are one here.’ The poem handles its materials delicately, allowing them to remain both symbolic and sensual. ‘The first solid draft,’ he writes, ‘came last year after I read a poem called ‘That Place’, by R.S. Thomas, and something blistering and striking in the words ‘To return to after the bitter / Migrations,’ jolted me towards my poem.’

Read Nightfall, Jane Ash Corner, St. Thomas Ishion Hutchinson in Conversation with the Forward Prizes
We use cookies on our website to give you the most relevant experience by remembering your preferences and repeat visits. By clicking “Accept All”, you consent to the use of ALL the cookies. However, you may visit "Cookie Settings" to provide a controlled consent.
Cookie SettingsAccept All
Manage consent