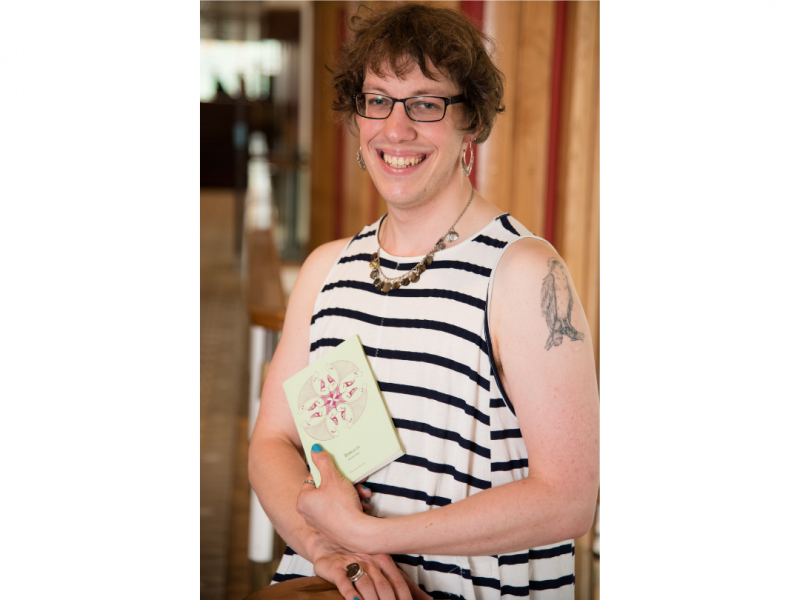 Harry Josephine Giles (b 1986, Walthamstow) grew up in Orkney and considers themself Orcadian. They trained as a theatre director, but has supported themself creating computer games: both professions feed into their dramatic, often playful, poetry. They say ‘my writing is still rooted in that interest in orality and aurality and in meeting an audience.’ Since winning the BBC Slam championship in 2009, they frequently write and perform their verse in a “magpie” version of Scots; a development which has allowed them to begin ‘to express parts of myself that had been hidden away’.

The decision to write in Scots, which is ‘one movement in this problem of how to keep alive linguistic diversity in the era of globalised English’, indicates Giles’ commitment to radical politics. This is also a hallmark of their previous publications – including Oam, a 2013 pamphlet written as part of a residency at Govanhill baths in Glasgow, from which ‘The Hairdest Man in Govanhill’ is taken.

It is with Tonguit, the collection for which they have been shortlisted, that Giles has begun to move outwards from that position: ‘I had a lot of questions about my identity, my home, my language, my struggle with belonging,’ they say ‘and by the end of the book I felt like I had enough answers to do something new.’