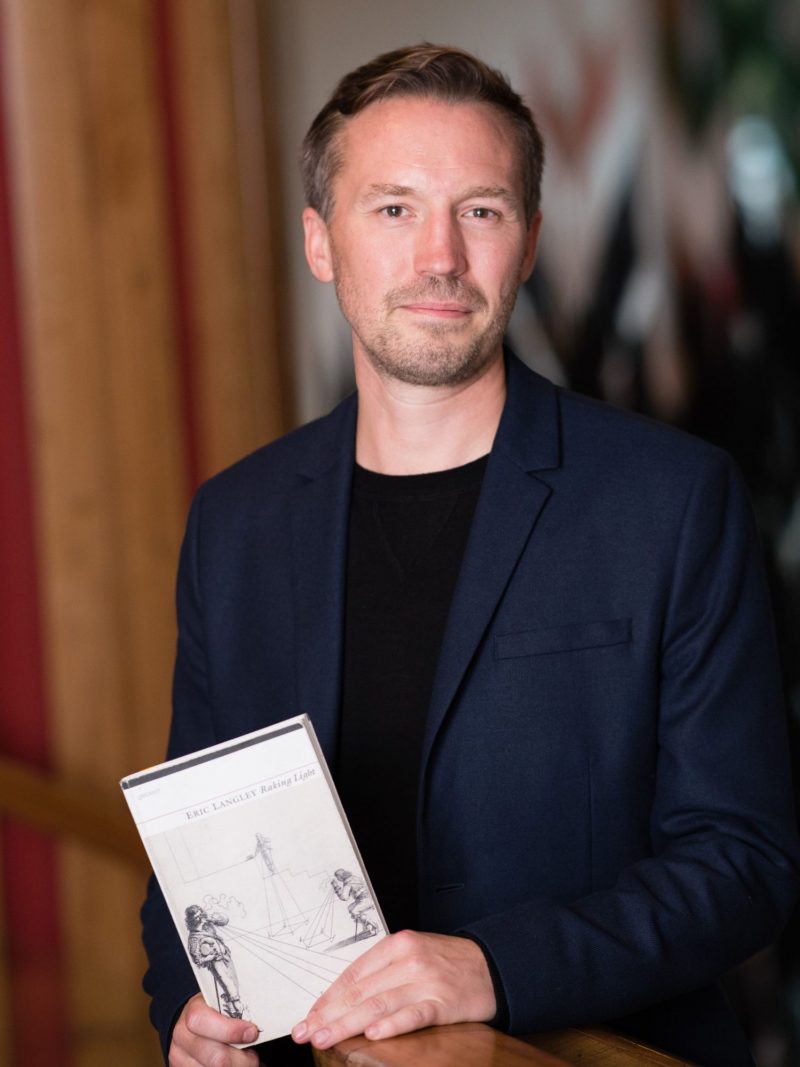 Eric Langley (b. 1977, Birmingham) lectures in Shakespeare and Renaissance Literature at University College London, and is the author of Narcissism and Suicide in Shakespeare and his Contemporaries (OUP, 2009). He turned to the writing of poems in 2011, after the death of his father — award-winning poet R. F. Langley. ‘When the real poet of the family died, I found that writing poetry was a way of continuing conversations which we’d had.’ It is no coincidence, he says, that Hamlet and Oedipus crop up in his work.

A resolutely intellectual writer, who cites as influences ‘Derrida, Kafka, Barthes and Teresa Brennan’, Langley is also fascinated by ‘connections between people (eyebeams, communication, arrows, interactions traversing the interim between people, verbal and emotional transmissions).’ Raking Light manages to be simultaneously riotous and high-minded, metaphysical and modern, austere and romantic. ‘I take my cue from the art restoration technique of “raking light”, when a beam is shone across the picture plane to reveal over-painting, under-drawing, the artist’s first intentions, buried depths: pentimenti, or regrets.’

Eric Langley in Conversation with the Forward Prizes Read '1. Of those from the ships'