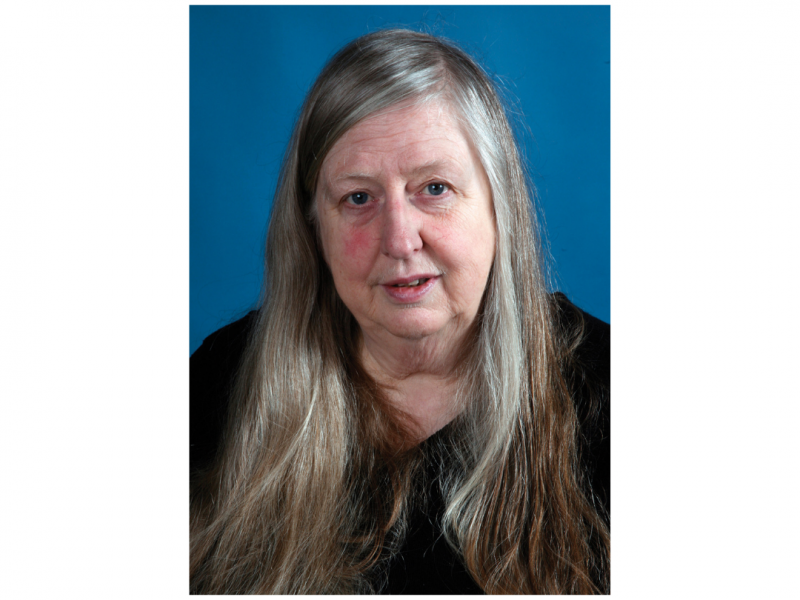 Eiléan Ní Chuilleanáin (b. 1942, Cork) remembers ‘being flabbergasted by the finesse and symmetry of a Shakespeare sonnet’ when her mother read to her as a child. ‘People said poetry was difficult, so I said “I’ll do that”’.

She started writing poems seriously when she was fifteen: ‘It was very obscure because I was writing about things I didn’t understand. then, at 20 or so, a poem got published, and I began to realise that if people were to read it, the writing had better be clearer. I still write about things I don’t understand, like sex and death and history, but I try to find ways of making them more articulate’.

A translator and editor, as well as a poet, Ní Chuilleanáin has won many literary prizes, including the 2010 Griffin Prize. She co-founded the literary magazine Cyphers, and she has also edited Poetry Ireland Review. She is an Emeritus Fellow and Professor of English at Trinity College Dublin.

Her 2015 collection The Boys of Bluehill (The Gallery Press, 2015) was named after a traditional Irish hornpipe. She says it was clear to her from the start that it would have a musical core: it includes poems about trying to make sense of the past, her violinist sister, nuns and her first grandchild. The Guardian recently compared her work ‘with her love of dens, hiding-places, ruins and language itself as an in-between space’ to that of her compatriot Samuel Beckett. The real drama of The Boys of Bluehill, said the reviewer ‘takes place in shadowy, marginal zones.’

Her advice to new poets is: ‘Read and keep reading…and definitely never live with anyone who thinks poetry is your hobby.’

Eiléan Ní Chuilleanáin in Conversation with the Forward Prizes Read 'Dream Shine'
We use cookies on our website to give you the most relevant experience by remembering your preferences and repeat visits. By clicking “Accept All”, you consent to the use of ALL the cookies. However, you may visit "Cookie Settings" to provide a controlled consent.
Cookie SettingsAccept All
Manage consent