dinosaurs in the hood

let’s make a movie called Dinosaurs in the Hood.
Jurassic Park meets Friday meets The Pursuit of Happyness.
there should be a scene where a little black boy is playing
with a toy dinosaur on the bus, then looks out the window
& sees the T. rex, because there has to be a T. rex.

don’t let Tarantino direct this. in his version, the boy plays
with a gun, the metaphor: black boys toy with their own lives
the foreshadow to his end, the spitting image of his father.
nah, the kid has a plastic brontosaurus or triceratops
& this is his proof of magic or God or Santa. i want a scene

where a cop car gets pooped on by a pterodactyl, a scene
where the corner store turns into a battleground. don’t let
the Wayans brothers in this movie. i don’t want any racist shit
about Asian people or overused Latino stereotypes.
this movie is about a neighborhood of royal folks–

children of slaves & immigrants & addicts & exile–saving their town
from real ass dinosaurs. i don’t want some cheesy, yet progressive
Hmong sexy hot dude hero with a funny, yet strong, commanding
Black girl buddy-cop film. this is not a vehicle for Will Smith
& Sofia Vergara. i want grandmas on the front porch taking out raptors 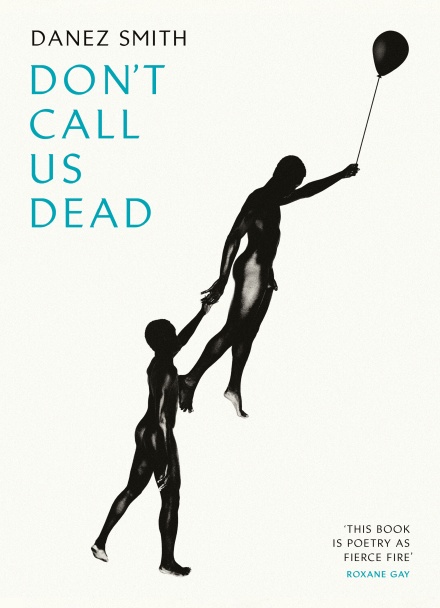 From Don’t Call Us Dead. Reproduced with kind permission of Chatto & Windus