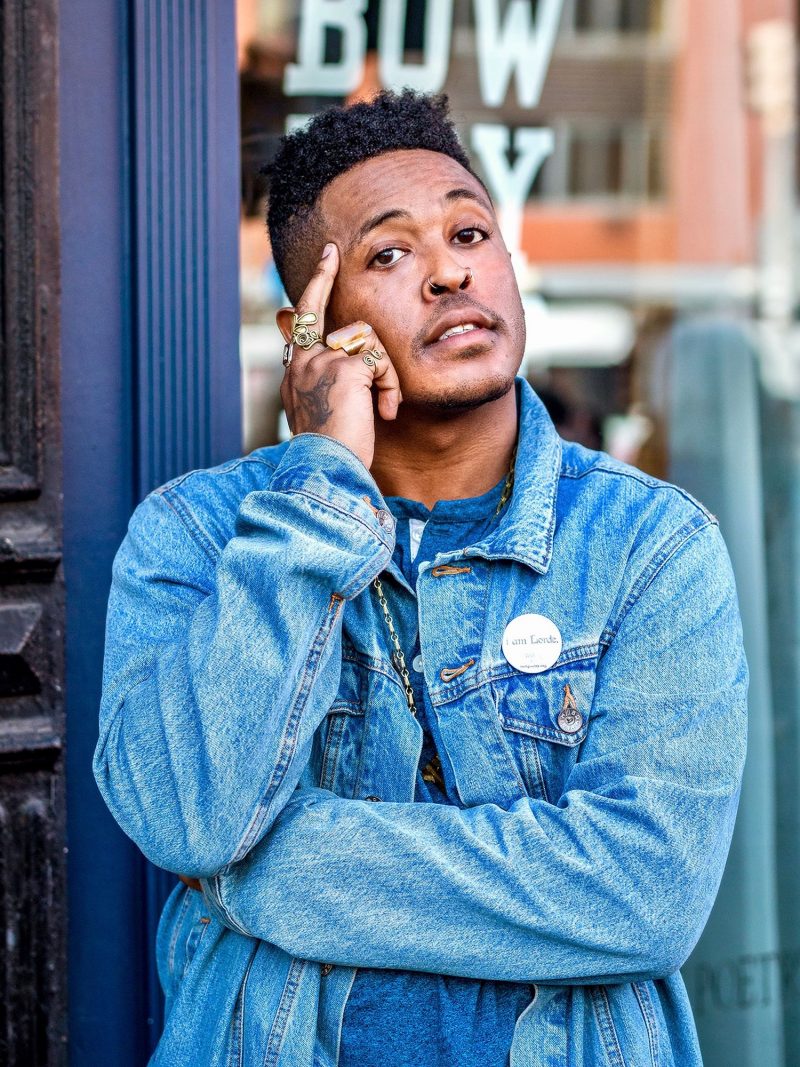 Danez Smith (b. 1989, St. Paul, Minnesota) writes poems which are simultaneously jubilant and confrontational. Their debut, [insert] Boy, won the Lambda Literary Award and the Kate Tufts Discovery Award. After their poem ‘dear white america’ — included in Don’t Call Us Dead — was featured on PBS NewsHour, Smith’s performance received 300,000 YouTube views in the space of a few days.

Smith is African-American, queer, gender-neutral and HIV positive. They first became aware of the possibilities of contemporary poetry through HBO’s ‘Def Poetry’, and honed their performance skills with theatre training and slams (Smith is the reigning Rustbelt Individual Champion). The poems which excite them most, they say, are those which ‘through language, better equip me to re-enter the world and proceed vigorously’.

Read dinosaurs in the hood Danez Smith in Conversation with the Forward Prizes
We use cookies on our website to give you the most relevant experience by remembering your preferences and repeat visits. By clicking “Accept All”, you consent to the use of ALL the cookies. However, you may visit "Cookie Settings" to provide a controlled consent.
Cookie SettingsAccept All
Manage consent