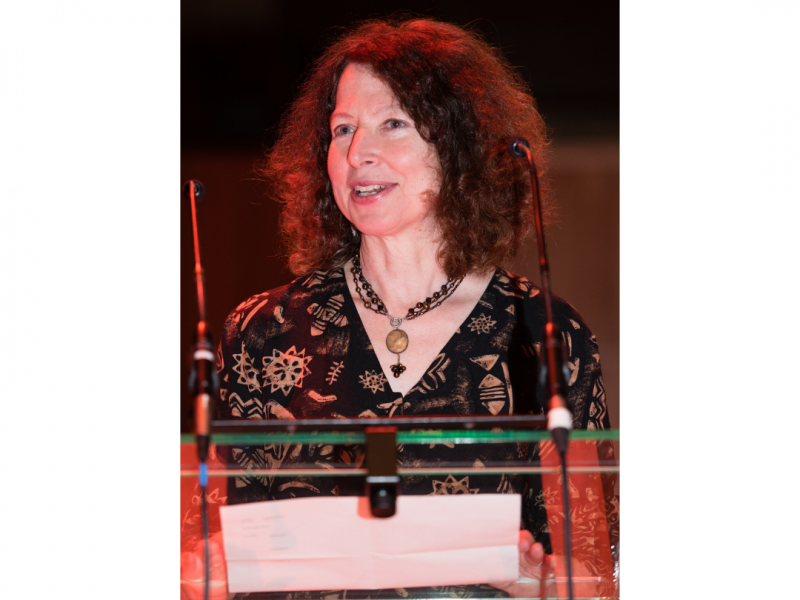 Claire Harman began her career in publishing, at Carcanet Press and the poetry magazine PN Review, where she was co-ordinating editor in the 1980s. Her first book, a biography of the writer Sylvia Townsend Warner, was published in 1989 and won the John Llewellyn Rhys Prize for ‘a writer of growing stature’ under the age of 35. She has since published biographies of Fanny Burney and Robert Louis Stevenson and edited works by Stevenson and Warner. Jane’s Fame, a study of Austen’s authorship and reception, was published in 2009 and her new biography of Charlotte Bronte will be published in October 2015. Claire has taught English at the Universities of Manchester and Oxford and creative writing at Columbia University in New York City.

‘The Mighty Hudson’ – shortlisted for the 2015 Forward Prize for Best Single Poem – began with a sweeping comment from an American friend showing her the view over the Hudson river in upstate New York: the phrase “The Mighty Hudson” set her thinking. “I thought what a great name for a strong man that would be, and I suppose that, and the place-names along the drive and the look of the blazing autumn leaves all lodged in my mind somehow.”

“The story of the poem emerged quiet effortlessly but is entirely made up. I was very impressed by how plausible it seemed, so made up the epigraph from the newspaper – and the newspaper – to give it some actual credibility. And I had a sense of the rhythm before any of the story, even: that long thrumming line seemed to be there in advance, appropriate and anticipatory. There’s something inherently deadpan about it.”

Claire Harman in Conversation with the Forward Prizes Read 'The Mighty Hudson'
We use cookies on our website to give you the most relevant experience by remembering your preferences and repeat visits. By clicking “Accept All”, you consent to the use of ALL the cookies. However, you may visit "Cookie Settings" to provide a controlled consent.
Cookie SettingsAccept All
Manage consent