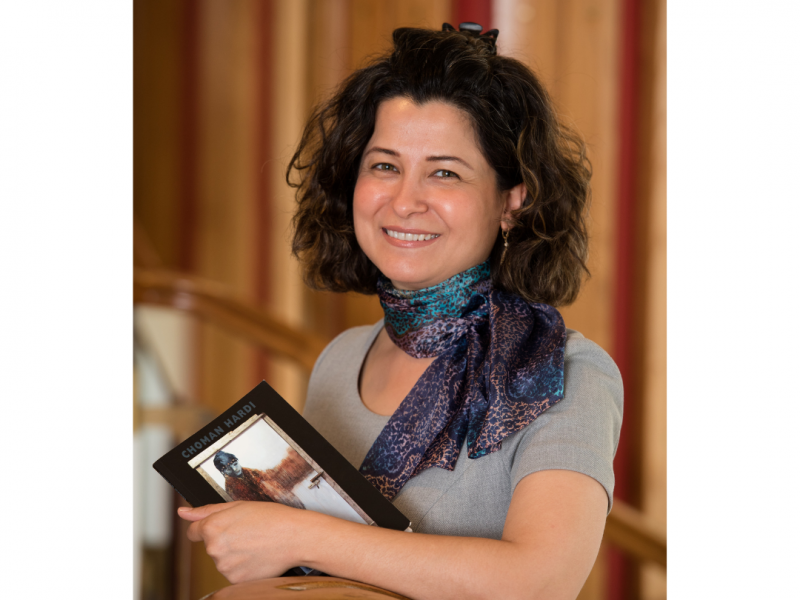 Choman Hardi sought asylum in the UK in 1993, and subsequently earned degrees from Oxford, UCL and Kent, before returning to Kurdistan-Iraq to teach English literature and gender studies. As a Kurdish poet and a woman raised in a repressive, patriarchal society, she writes poems about, arising from, or in response to the intersecting inequalities she has seen. This is also the subject she continues to research as an assistant professor in the department of English in the American University of Iraq, Sulaimani and as the director of the Center for Gender and Development Studies.

Hardi’s family fled to Iran in when she was in her early teens, and it was then, learning Persian and reading the modern Persian poets, that Hardi first came to poetry. She began writing poems soon after, inspired by love, ‘real, tangible, and tidal’.

As well as two collections in Kurdish, Hardi has published one previous collection in English, Life for Us. Bernard O’Donoghue wrote that he had ‘rarely read a book which so indisputably establishes the capacity of poetry to express the historical and political’. Hardi says of her Forward shortlisting that she can now believe that those to whom she ‘tried to give voice… in Considering the Women will be heard, that bearing witness is valued, that telling the truth about the human condition is necessary.’