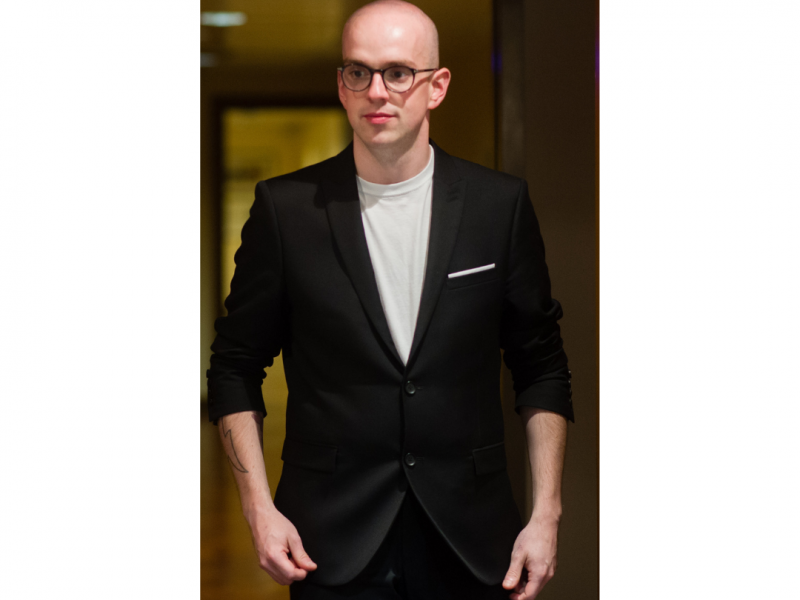 Andrew McMillan (b. 1988, Barnsley) grew up in a house with lots of poetry books and acknowledges Thom Gunn as a major influence: ‘the first poet I read who I thought represented something of my own experience’. He describes his debut collection physical (Cape Poetry) as ‘a collection about the male gaze on the male body’. He began it 2008, after breaking up with his first long-term boyfriend: as the collection developed, he found himself creating ‘physical, tight, muscular poems which would look un-emotionally at things which had happened, and attempt to come to some sort of redemption from them’.

He has published three pamphlets with Red Squirrel Press, every salt advance (2009), the moon is a supporting player (2011) and protest of the physical (2013) and his poems have featured in 2011’s Salt Book of Younger Poets as well as in Best British Poetry 2013 (Salt). He was named a ‘new voice’ in 2012 by both Latitude Festival and Aldeburgh Poetry Festival.

Andrew is a lecturer in Creative Writing at Liverpool John Moores University and a writer in residence at the charity First Story.

Andrew McMillan in Conversation with the Forward Prizes Read 'urination'
We use cookies on our website to give you the most relevant experience by remembering your preferences and repeat visits. By clicking “Accept All”, you consent to the use of ALL the cookies. However, you may visit "Cookie Settings" to provide a controlled consent.
Cookie SettingsAccept All
Manage consent