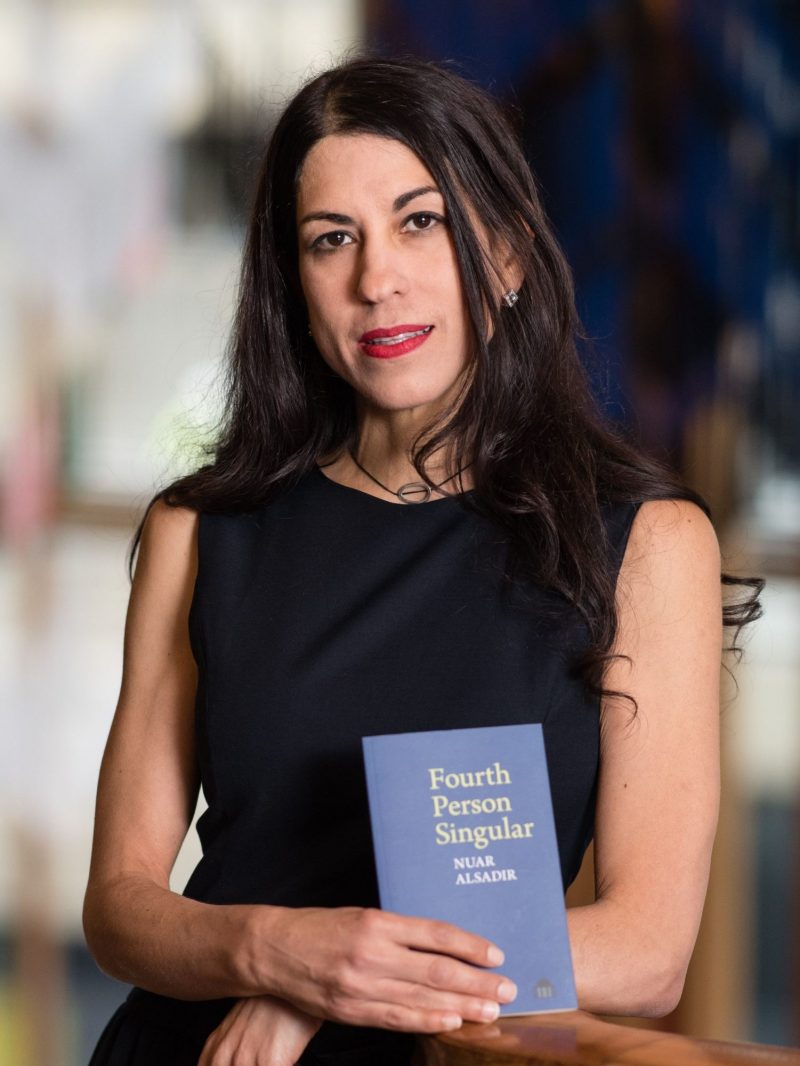 Nuar Alsadir (b. New Haven, Connecticut) works as a psychotherapist, psychoanalyst and academic in New York. ‘The mind doesn’t see images, hear, smell, perceive in tidy succession,’ she says. ‘That cacophonous chaos, which visual arts often capture so vividly, is exciting to me.’

Alsadir, born of Iraqi parents, responded strongly to the coverage of the Iraqi war. ‘I began to realize the extent to which the chaos of the external world — and my internal world — demanded accurate expression. More than ever, the ready-made forms did not feel relevant to me or able to truthfully hold what the world — or I — had become.’ Fourth Person Singular is a deeply politically engaged book, which dares readers into new ways of ordering their thoughts and the information around them.

Her favourite reading is ‘poetry, aphorisms, philosophy, theory — texts that I can read very little of and then think about, off page, for hours.’

Read Sketch 19 Nuar Alsadir in Conversation with the Forward Prizes