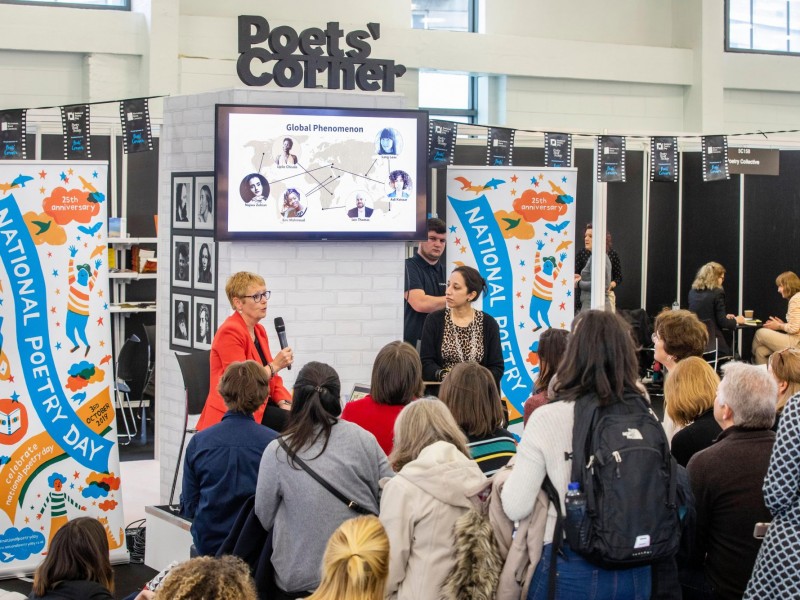 Forward Arts Foundation promotes public knowledge, understanding and enjoyment of poetry in the UK and Ireland. We are a charity committed to widening poetry’s audience, honouring achievement and supporting talent: our programmes include National Poetry Day, the Forward Prizes for Poetry and the Forward Book of Poetry, an annual anthology of the year’s best poems.

We are supported by the BBC, Royal Mail, leading publishers and booksellers and by Arts Council England, which describes us as ‘a coordinating force.’ 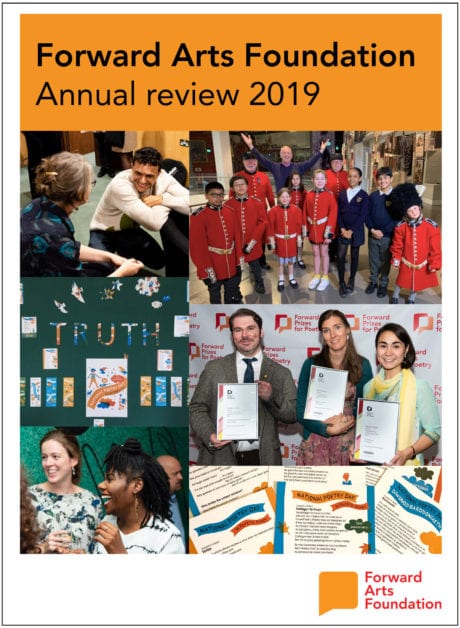 Our two main programmes are the annual Forward Prizes for Poetry and National Poetry Day, which as the UK’s biggest mass-participation celebration of poetry encourages people to enjoy, discover and share poems they love on the first Thursday of October.

We co-ordinate the national campaign for poetry year-round by working closely with schools and libraries, and encouraging the poetry and literature/literacy sectors to collaborate as a UK-wide poetry network on marketing, research, digital communications and education.

While continuing to focus on developing audiences for poetry, in the next five years we will prioritise initiatives that build robust evidence of poetry’s potential for positive social impact.

We are greatly indebted to the Prizes’s sponsor Bookmark, Arts Council England, the Esmee Fairbairn Foundation, the John Ellerman Foundation and to the late Felix Dennis. 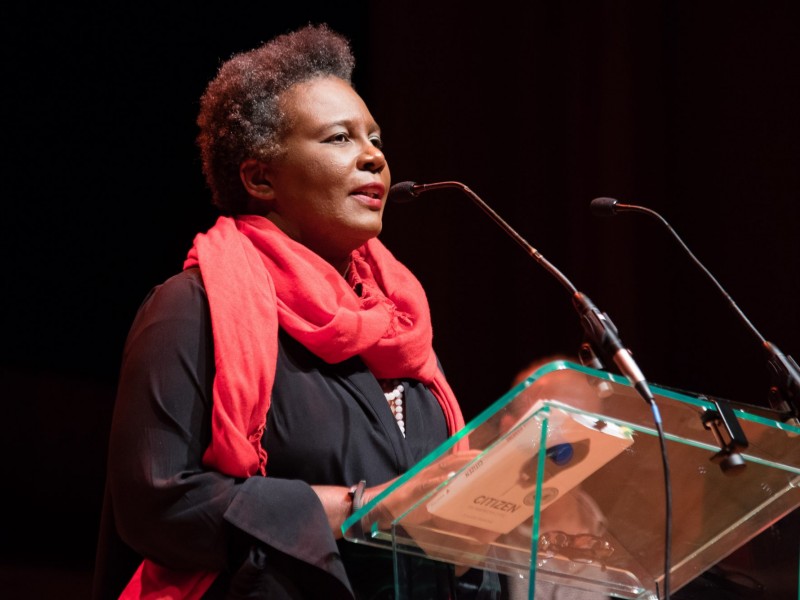 Forward Arts Foundation was created in 1991 by William Sieghart, the founder of the publisher Forward Worldwide, now known as Bookmark. A poetry-lover, he wanted an anthology containing the best poetry of the year. Since none existed, in 1992, he published one himself

In 1994, Sieghart founded National Poetry Day, a day of mass celebration of all things poetical which was taken up enthusiastically by schools, libraries, the media and even railway stations. Since then, the campaign has increased its impact: worked closely with schools, libraries, booksellers and retailers, joining with BBC Local Radio to commission new poems celebrating the nation’s different regions. National Poetry Day now reaches over 500 million people annually, through its booktrade promotion of new poetry, its NPD ambassadors, its publications, its posters, badges, bookmarks, its educational resources and its network of partner organisations and activists. It is particularly popular on social media, where the hashtag #nationalpoetryday and the invitation to share a line of poetry prove a winning combination.